We would first like to express our deepest sympathies to all the victims of the natural disasters caused by typhoons this summer.
Last August 1, 2020, Typhoon Hagupit developed in the southern seas of Okinawa and strengthened northwest towards the Ishigaki Islands. The Ishigaki Island Region started experiencing strong winds at around noon on August 2, and the typhoon category was upgraded to “very strong” at around 2 AM on August 3. The recorded maximum instantaneous wind speed in Tonoshiro, Ishigaki City was 36.4 m/s. The typhoon left almost 800 households without electricity.
Source: Okinawa Meteorological Observatory

The Magnus VAWT prototype has been collecting data for more than two years, from August 2018 under natural conditions, such as during typhoons, to improve the turbine’s structural and operational performance. Based on the turbine’s specifications, the maximum wind speed at which our turbine can generate electricity is 40m/s, but the maximum instantaneous wind speed it has experienced for the past two years was only 24m/s, which was during Typhoon Kong-rey back in October 2018. However, based on the data acquired last August 2020, our prototype generated electricity at up to 30.4m/s* of wind gusts, the highest wind speed it has experienced so far. The data obtained from this typhoon will be used to further improve our wind turbines’ performance and reliability.
* Maximum average instantaneous wind speed per second measured by the anemometer installed on our prototype. 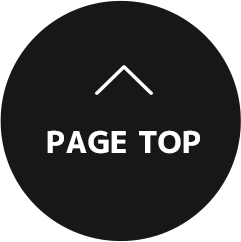